New legislation was recently passed that enables American companies to own and sell mined space resources. But some who are familiar with space law question the legality of this new legislation.

The U.S. Commercial Space Launch Competitiveness Act (CSLCA) was approved by the Senate on November 10 and by the House of Representatives on November 16. And the bill was signed into law by President Barack Obama on November 25. This bill, intended to expedite private space exploration by temporarily limiting government regulations, gives private space companies until 2023 to meet human-spaceflight safety standards. Scientific American explains, “That time frame is meant to allow a learning period for private companies to develop the technology necessary for future goals such as space tourism, commercial spaceflight and space mining.”

But Title IV of the bill, which deals with space mining, has garnered the most attention.

The mining of extraterrestrial resources has been a sexy topic in recent years, especially with the formation of private space mining companies like Planetary Resources and Deep Space Industries. But the legality of space mining is a heavily debated issue because space law is complicated and ambiguous. Some believe that the newly signed CSLCA resolves those ambiguities and clears the way for companies wanting to mine space resources. But, as the Wall Street Journal‘s Law Blog points out, this legislation “has met with some questions about whether Congress and the president have the authority to assign such rights under international law.”

Space is kind of like the Wild West. And private companies are itching to join the space gold rush. There is some semblance of space law in place. But this legal framework was formulated back in the 1960s when most space activities were thought of as far off, unrealistic, science-fiction dreams. Although these archaic space laws are ambiguous, most interpret these laws as prohibiting commercial activity on the Moon or other celestial bodies. But it’s been a longstanding issue of debate.

Title IV of the CSLCA states:

Chris Lewicki, president and chief engineer of Planetary Resources, likens mining space resources to fishing in international waters. “No one owns them until they are in your possession, and then you own them,” he tells Space.com.

Space law is a mess, and it’s easy to see why the legality of the unilateral move by the United States is questioned, and why the 103 other signatory nations to the Outer Space Treaty might take issue with the move.

George Washington University Research Professor of Space Policy and International Affairs Henry R. Hertzfeld comments to Scientific American, “I know there will be push-back internationally.” He continues, “In what form and how strong, and what the timing of how other nations react to this is something I don’t know and can’t predict. But not all are going to like it, that I do know for sure.”

But, again, space is like the Wild West. Companies will undoubtedly push forward with space mining efforts despite legal ambiguities or objections from other spacefaring countries. Because, really, who is going to enforce these space laws that are debatable anyway?

As Elon Musk (SpaceX), Richard Branson (Virgin Galactic), and countless others have commented, space is hard. And ambiguous space law just compounds the difficulty of conducting business in space. Because the Outer Space Treaty is nearly 50 years old, critics have repeatedly commented on the necessity for lawmakers to revisit the treaty to modify and expand the framework for modern space law. Hopefully, this recent legislation will be the impetus for bringing space law into the new space age in which we live. 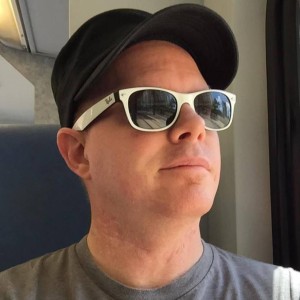