As Sony gets ready to unleash The Amazing Spider-Man 2 in May, 2014, director Marc Webb and series producers Matt Tolmach and Avi Arad are busy discussing the expansion of the studio’s franchise.

In a recent interview with SFX, the trio divulged some pretty meaty information about Venom and The Sinister Six – and how each might be handled in their respective spin-off movies.

Talking about turning The Amazing Spider-Man franchise into its own movie universe, Tolmach commented:

That’s the new thing that we constructed. We brought in [Alex] Kurtzman and [Bob] Orci and [Jeff] Pinkner on this last movie as the writers and we fell in love with that dynamic. We were all so enamored of the script they wrote, and just the spirit of the collaboration, that we decided that there are all these other stories to tell: not just Spider-Man movies but the ones that we’ve announced, The Sinister Six and Venom, and they all come from the same place. We realized it would be really good in terms of storytelling to have a grand scheme for where and how these stories grow out of the centerpiece, which is always Spider-Man…

The most exciting stuff deals with the question on everybody’s mind regarding these villain-centric flicks: how true to character can Venom and The Sinister Six be if they’re the protagonists of their respective movies?

It’s a challenge in every sense. Obviously questions of traditional hero/villain dynamics have to be looked at. At the same time it’s an awesome challenge, because some of the greatest characters are in fact villains, and how you construct that is so much fun. People love those bad characters if they’re good bad characters, and love to watch them. And nobody’s all good, nobody’s all bad…

Avi Arad contined to comment on a Venom movie that looks at the character’s moral ambiguity:

Venom hated only one guy – Spider-Man. He wasn’t innately bad, he was a shortcut guy, not really into fighting hard for achievement. That’s the Venom story. Can he also be a good guy? As you know, Venom was also called ‘lethal defender of the innocent’. We had a great history with him, especially caring for the homeless, which is a very sensitive issue and something that many of us are very concerned with. Our villains all represent a different side of the misunderstood, and some of them unfortunately turned to the dark side. Venom happened to be a phenomenal character.

It’s still early days for both movies, with Drew Goddard busy writing The Sinister Six and Alex Kurtzman, Roberto Orci and Jeff Pinker working on Venom.The Venom and Sinister Six movies have yet to be dated. The Amazing Spider-Man 2, however, swings into theaters on May 2. 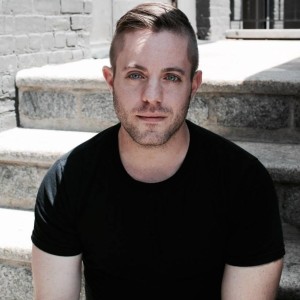 Ryan Sprague is an author, screenwriter, and playwright splitting homes between New York City and Los Angeles. He is also an investigative journalist specializing in the topic of UFOs. He's interviewed witnesses in all walks of life about UFO sightings and possible encounters with extraterrestrials. He's spoken exclusively with military and intelligence officials who have convinced him of a legitimate and authentic phenomenon involving highly advanced aerial threats to our skies. He is the author of Somewhere in the Skies: A Human Approach to an Alien Phenomenon and is also a contributing writer to the anthology, UFOs: Reframing the Debate. He is the creator and host of the Somewhere in the Skies Podcast on the Entertainment One Podcast Network and is a frequent contributor to the Rogue Planet news site. Speaking on the UFO topic, he has been featured on ABC News, Fox News, The Science Channel, and is a regular on The Travel Channel's hit television series, Mysteries at the Museum. His work can be found at http://www.somewhereintheskies.com
All Posts